These pages are from an autograph book belonging to my great-grandmother, Mabel C. (Morgan) Dunham (1879-1960). Most of the autographs were written in the months prior to her marriage to Elton L. Dunham in September 1896. The book seems to have been in use around the same time as Elton's second autograph book. See also Mabel's first autograph book. Viabelle E. (Bicknell) Verrill (1872-1938) and her husband Fred lived not far from the Morgans on Patch Mountain in Greenwood. Leon Alpheus Brooks (1873-1927) was a near neighbor of Elton Dunham on Rowe Hill in Greenwood. Leon married Rose Etta Starbird on Mar. 17, 1896—just a few days before she signed this book. 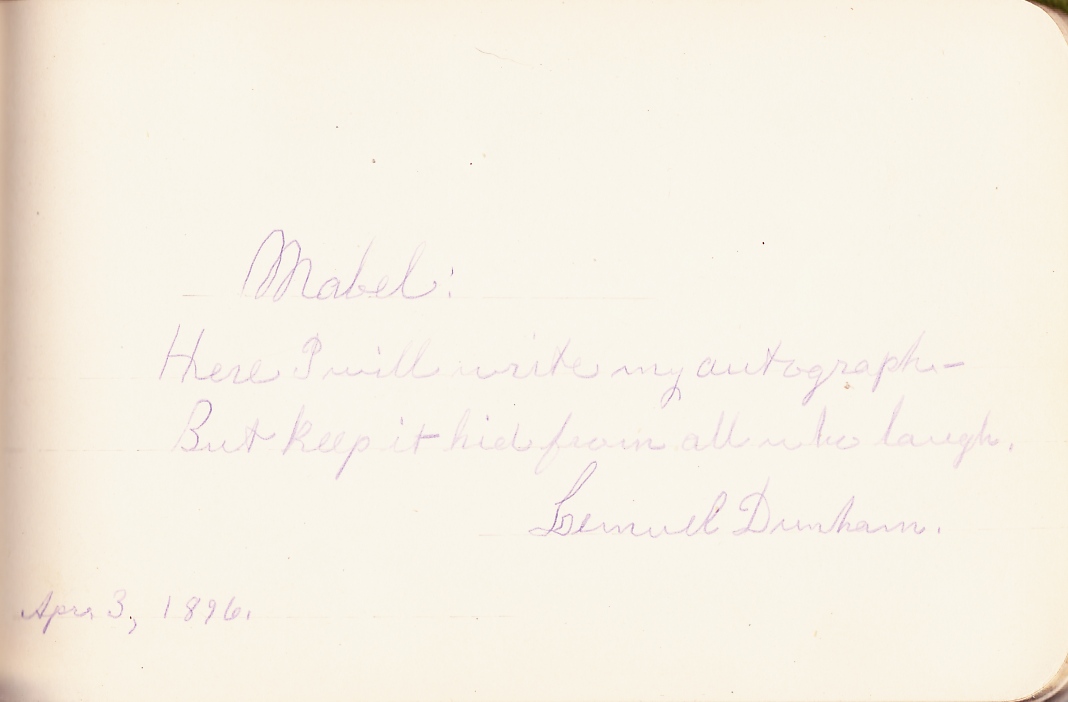 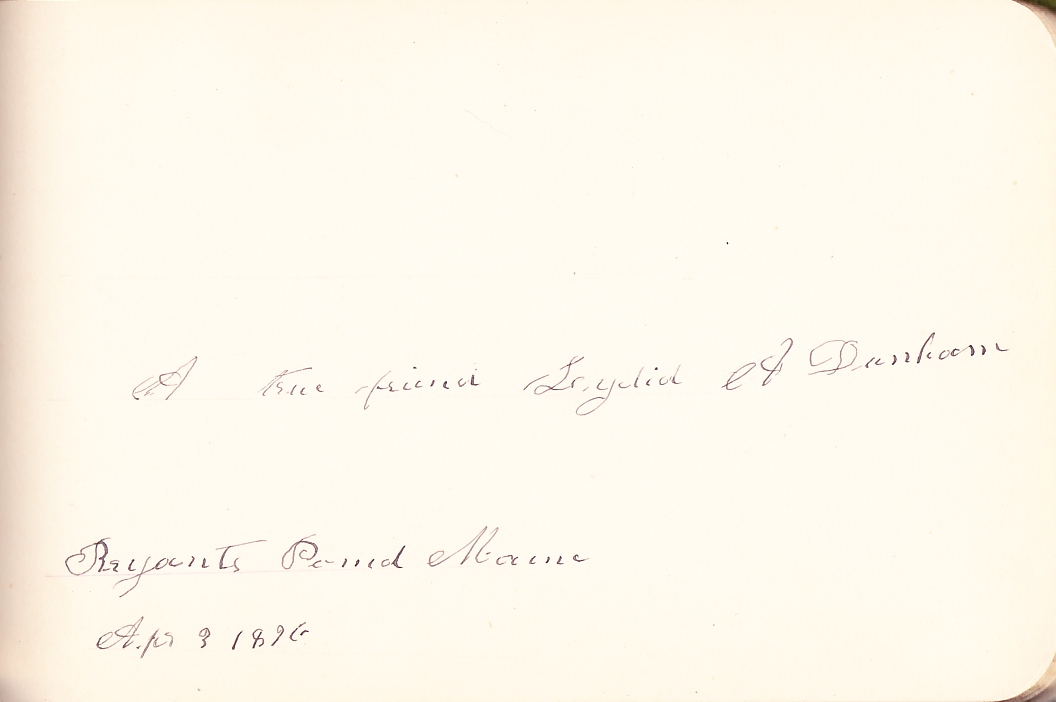 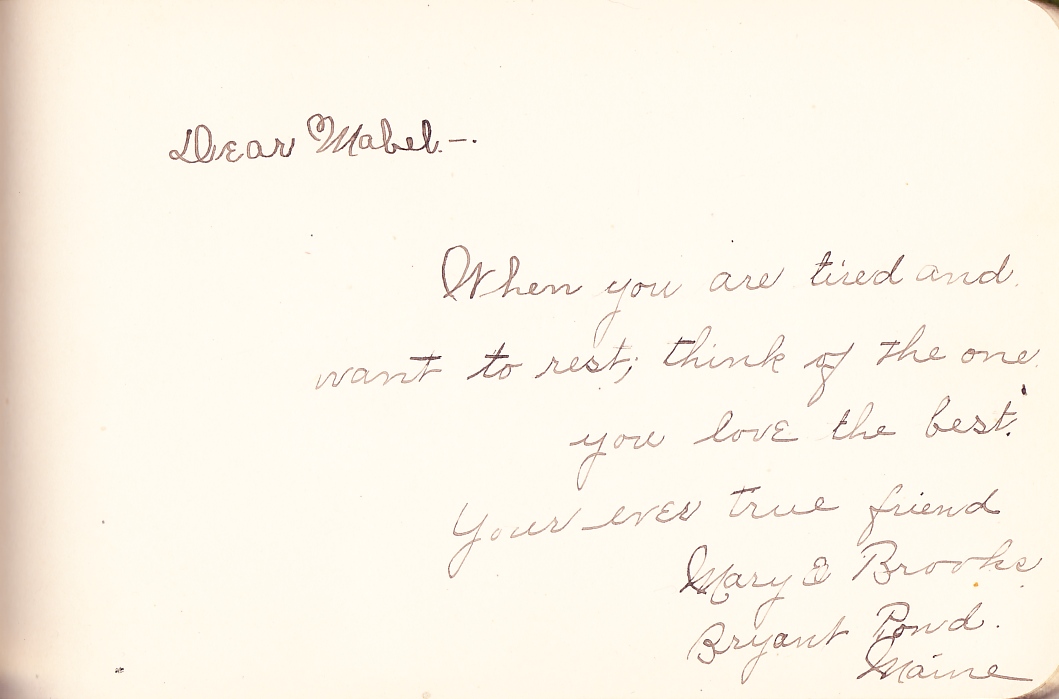 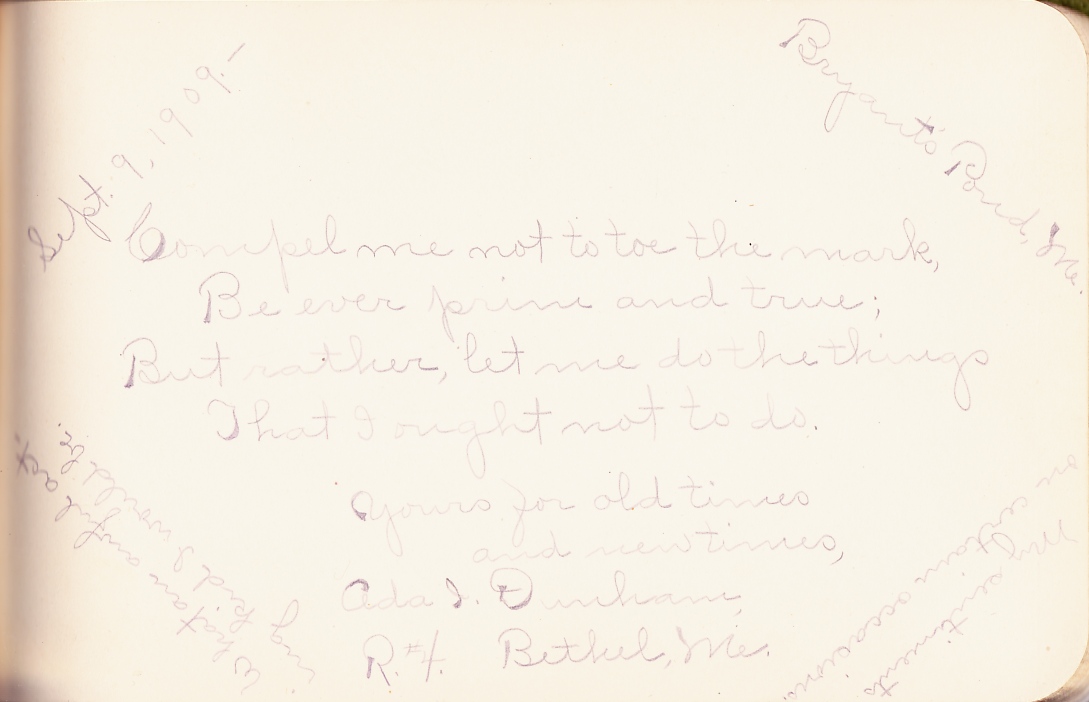 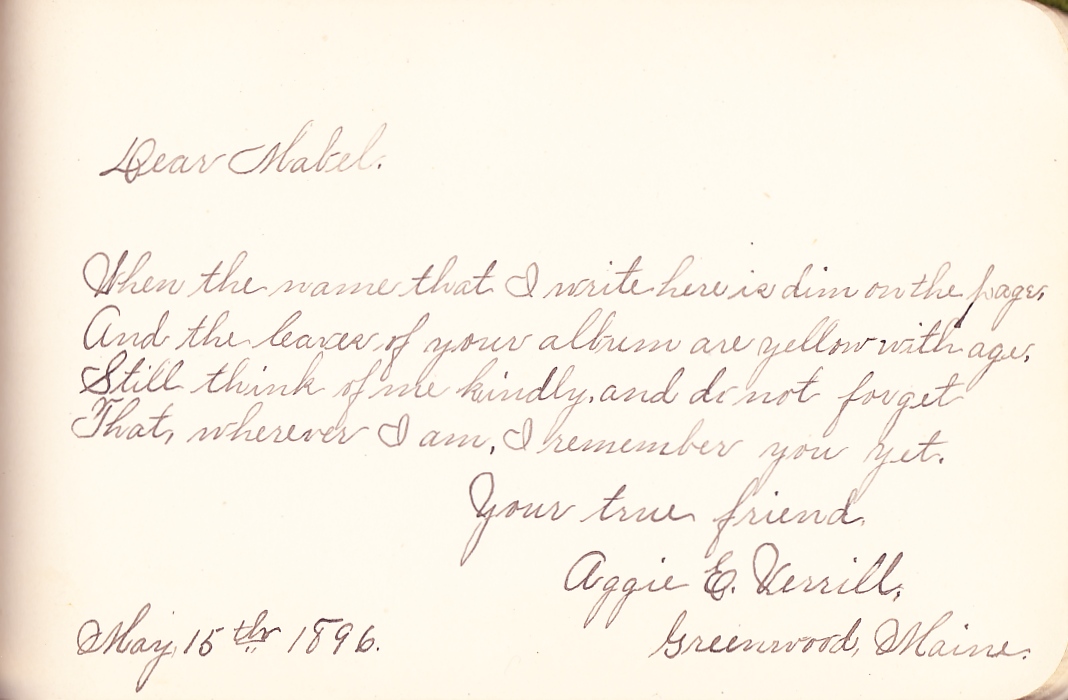 Agnes "Aggie" Ethel Verrill (1877-1951) was the half-sister of Fred C. Verrill, mentioned above, and another neighbor of Mabel's family on Patch Mountain. 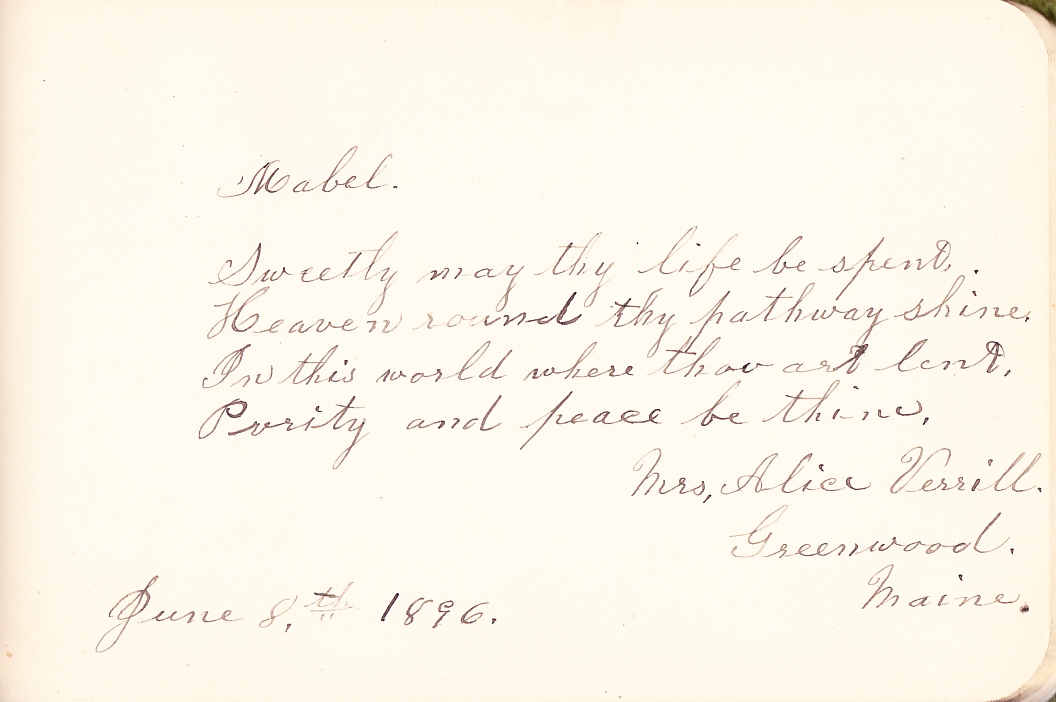 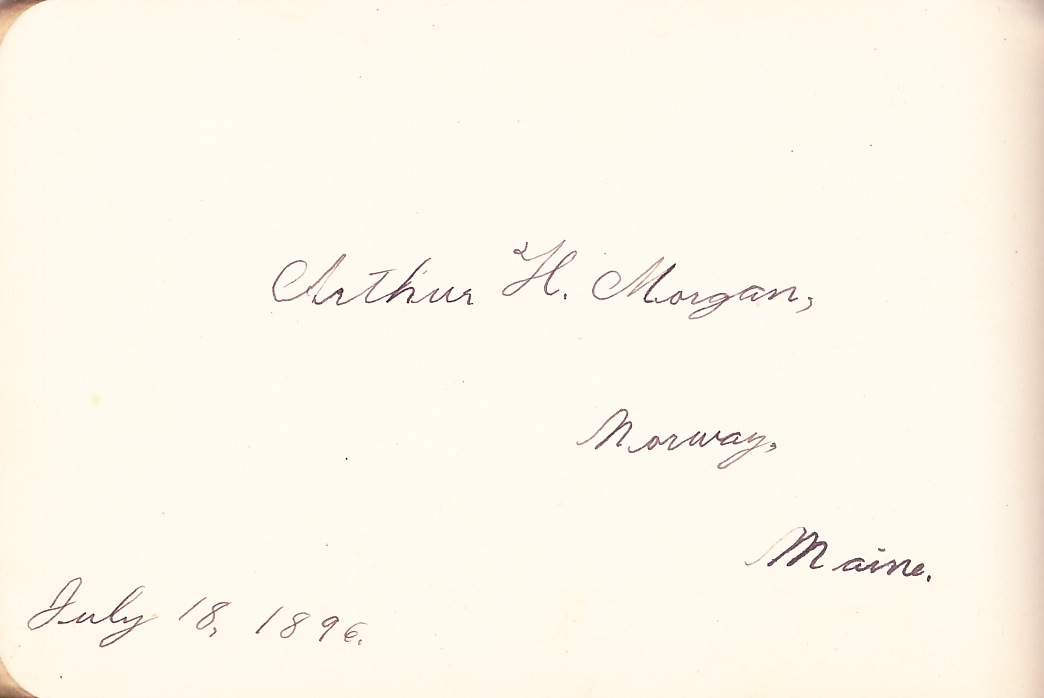 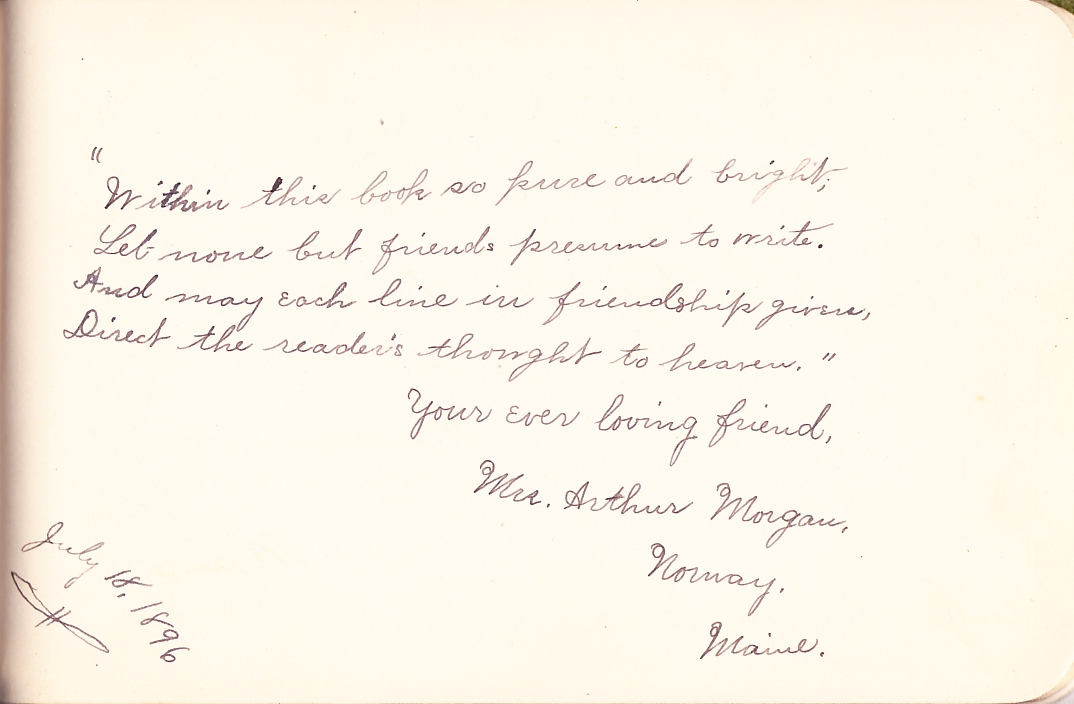 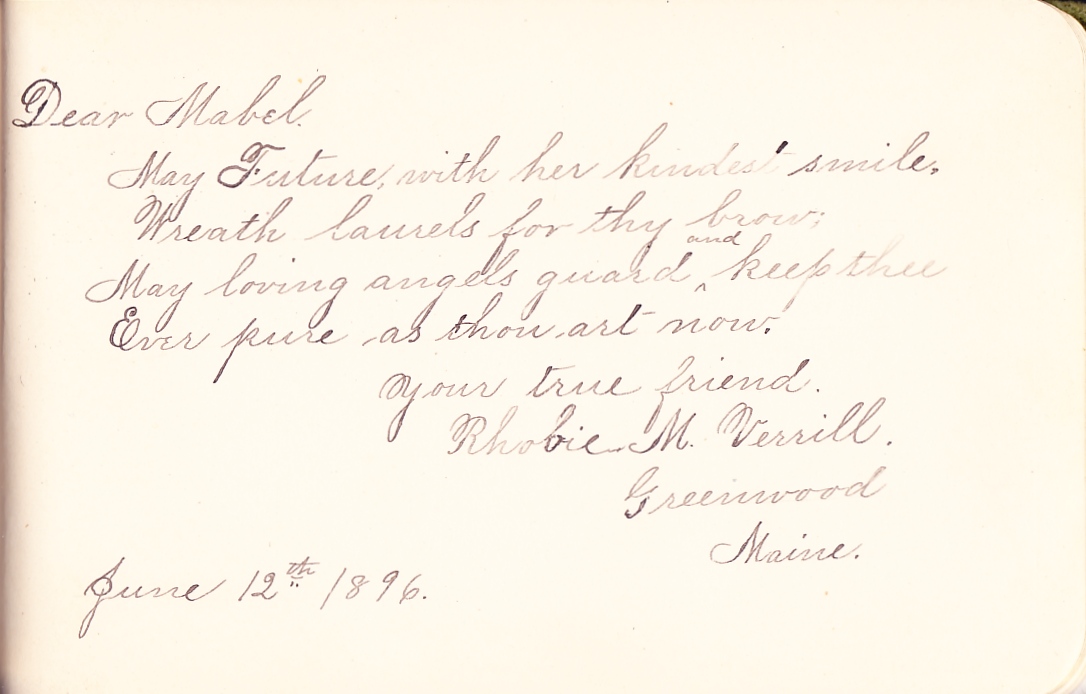 Proofreading again.  Can you fix the typo in Alice (Ellms) Verrill's birthdate?  These pages are great!  Thanks for posting them.

Ha, thanks for catching that. I fixed it.

These were among the treasures we found in my late Aunt Vera's house. More to come.