The historian in me loves old things and the genealogist in me gets really excited when those old things are directly linked to my family. This is a map of the "Township of Holmes in the County of Oxford and the District of Maine." The pictures below show the map in its entirety, writing that identifies my 2nd great-grandfather, Augustus M. Carter and says it was taken from the surveys of James Eames and Silas Thurlow by Jeremiah Lott and copied by Augustus and an original date on the map of April AD 1811!! There is no date that says when the copying was done but Augustus was born in 1840, served in the Civil War, and became a surveyor after that so probably late 19th century. 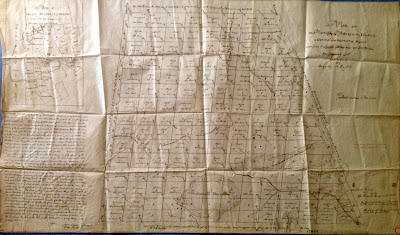 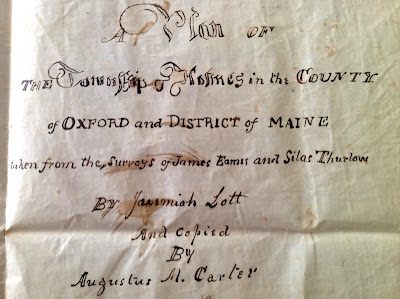