begun by the children and descendants of Asa Freeman Ellingwood and

Florilla Dunham Ellingwood, it is also open to any descendants of Ralph

Elinwood  who came to America and settled in Beverly, Ma. in the 1600's.

In fact anyone Ellinwood, Ellingwood, Ellenwood or Ellwood are descended

from Ralph. The reunion is always held Saturday in August and for some time

at the home of Jerry Ellingwood in Norway, Maine.

for the first time.

After eating and group photos outside under the canopy., the annual business meeting

was held in the garage: Afterward people broke into conversations. There are several

tables set up there as well, such as this one with the desserts: 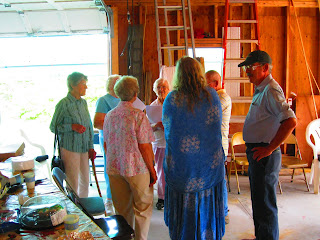 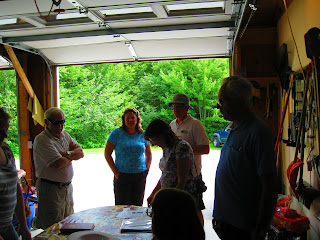 A boat was available for those who wanted to get out on the water. 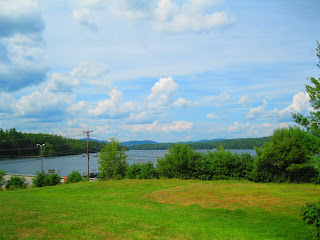 and Descendants of Asa Freeman Ellingwood and Florilla (Dunham) Ellingwood .

available from Jerry. There are family updates every year at the reunions to add

to the book and also a  newsletter that Lori puts together. Also on display are 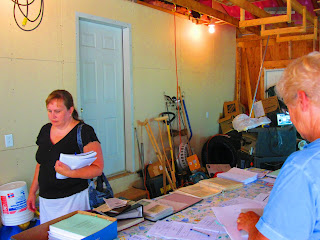 it was a good time and a nice trip all around.

would love to come my farther in law used to go to this  i have some old photos of  Asa F Ellinwood and Florilla Dunham  My wifes line is Asa Ellimgwood , dau Polly m John Brown, dau  Rose m Henry Whitney, dau Romona , Had Vernor Coolidge my wifes grandfather