William Yates was the immigrant ancestor of the Yates line in my ancestry. He moved to Maine from Portsmouth, NH. He is credited with founding the town of Greenwood in 1802. He settled on Patch Mountain where he built a rudimentary log cabin until a frame house was completed a few years later. He was a farmer and a Methodist preacher. Some sources have William coming to the U.S. from Scotland and others from England. His first residence in Maine was New Gloucester where he met and married his wife Martha Morgan. William and Martha had 13 children - 9 sons and 4 daughters. 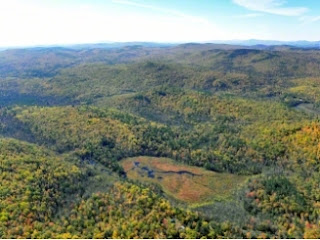 Things were very different in those days. There were clear rules of right and wrong and none of this "kids will be kids" mentality or "my perfect little Johnny wouldn't do that."

A biographical sketch of his grandson, Octavius K. Yates in the Biographical Review gives the following story as an example of the character of William Yates. One time while he was preaching in the local school house, some boys put burrs beneath his saddle causing his normally calm horse to rear and throw him to the ground. The horse ran home, leaving William to walk. The next Sunday he delivered his usual sermon. He had figured out the identity of the culprits, kept them after the service, and "administered a sound flogging; then took them into the meeting-house and prayed for them."